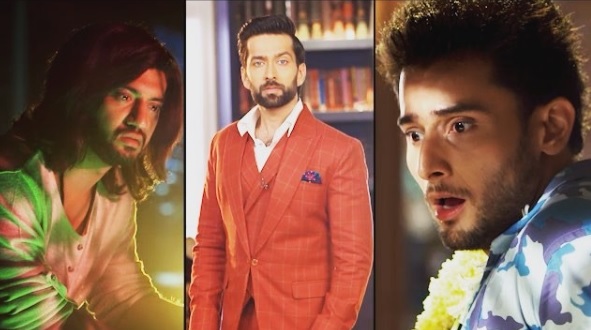 Ishqbaaaz has so far been loved for its exciting tracks and the viewers don’t seem to have had enough of the chemistry between the ensemble cast. The viewers were in for a hearty surprise when Shivaay (Nakuul Mehta) confessed his feelings to Anika (Surbhi Chandana) and each passing episode just keeps getting engrossing.

The latest promo of the Ishqbaaaz throws glimpses of major turning points in the lives of the three brothers – Shivaay, Rudra, and Omkara.

The promo presents Anika being gifted with beautiful red roses by some children. But as soon as she learns that the gift has been sent by Shivaay, she throws it away fuming with rage!

Soumya and Rudra to get married?

Soumya and Rudra wake up to find garlands around their neck. Soumya would be all the more shocked spotting a mangalsutra as her wear too! Apparently, the two would have gotten drunk at a party and woken up to this scene. Is this a dream or for real? It is indeed a shocker if they are married and would be worthwhile to watch how they figure out the details under the circumstances they got married!

Now this part of the promo is tricky. Omkara is drunk and as he drives along the road under a state of depression, he accidentally kills somebody. Is this his future or his past that is haunting him?

These twists and turns would come to the avid viewers as a stunner! As the producer of the show, Gul Khan rightly stated on her social media concerning the latest promo: “The O bro’s life is gonna twist and turn !! And this is just the beginning. Let us know what are your guesses!!”

Reasons why the new promo of Ishqbaaz compels us to watch the show!

The show gives the audience a larger than life canvas of vivid emotions of the life of the Oberoi brothers – Omkara, Rudra, and Shivaay. Three handsome heirs of a colossal business Empire have been bred with power, taste and attitude with innate flair. The show at no point of time has been unstimulating and dull from the time it started.

The concept of two protagonists having a knok-jhok, falling in love and being victimized to a plethora of problematic situations and turbulent life circumstances is not new. However, Ishqbaaaz narrates the cliched concept in the most unconventional way. It only entices us to watch more of it with its edgy drama. Also, the enactment of each character is splendid!

The show constantly showcases a love-hate relationship between Anika and Shivay but as their love story takes a serious turn, the show unfolds chapters of other pivotal characters in the show, hence proving that the actors cast apart from the main protagonists are not mere background pillars. Omkara and Rudra’s life is now coming into importance with the show aiming to spill some dark secrets related to Omkara’s life.

Humour is one of the aspects which keeps the show lively and watch worthy. Rudra and Soumya’s discovery on how they got married is surely going to be a roller coaster amid the serious circumstances in Shivay – Anika and Omkara’s life.