Manoj Kumar to be conferred with the Dadasaheb Phalke Award

Manoj Kumar to be conferred with the Dadasaheb Phalke Award 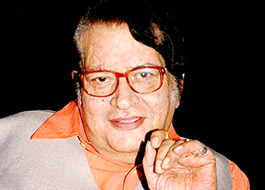 Veteran actor Manoj Kumar, who is best remembered for his films like Kranti, Roti Kapda Aur Makaan, Purab Paschim, Who Kaun Thi and many others will be conferred the 47th Dadasaheb Phalke Award for the year 2015. The prestigious Award is conferred by the Government of India for outstanding contribution to the growth and development of Indian Cinema.

While this award comes with a Swarn Kamal (Golden Lotus), a cash prize of Rs. 10 lakhs and a shawl, it is given on the basis of recommendations of a Committee of eminent personalities set up by the Government.

In the past Manoj Kumar has been the recipient of the National Film Award for the film Upkaar and later in 1992, he was honoured with the Padma Shri by the government of India.