“Kavita Kaushik and I share a great rapport and bonding.” – Gopi Bhalla 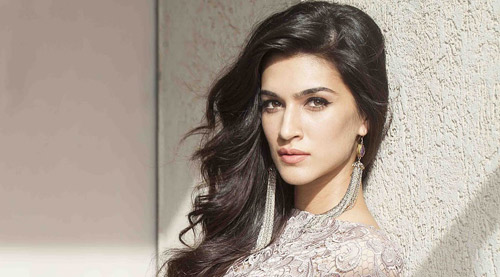 Last seen in Dilwale, Kriti Sanon who is busy shooting for her upcoming film Raabta along with Sushant Singh Rajput will be learning something new for this forthcoming love story. We also hear that she is thrilled about the way she is overcoming her fears.

Often we have heard actors experiment with their roles and Kriti Sanon is no different. As we have seen her play the girl next door character before, in Raabta, however, she has a surprise for her fans. Apparently, the actress will also have an action packed side to her in the upcoming film.

A source close to Kriti reveals, “She is currently shooting for her film in Budapest, Hungary, and will return to Mumbai later this month. As soon as she gets back, she will start prepping for the action sequences. She wakes up early and trains in strength building and flexibility.”

Kriti Sanon has already started her physical training in Budapest and will begin the shooting for these action scenes in July. On the other hand, the actress wasn’t familiar with swimming and has huge fear to go underwater but for her upcoming film she has also learnt how to swim as the film has a water scene.

When contacted, Kriti confirmed the news, and said, “There are lots of things that I want to explore with the characters of my films. Action has always been one of them, and I am excited to get this opportunity now.”

Directed by Dinesh Vijan and produced under the banner Maddock Films and T-Series, Raabta is slated to release on February 10.