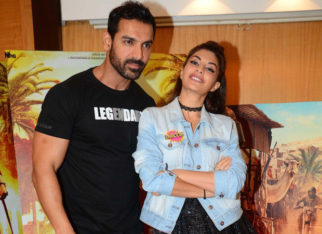 Jacqueline Fernandez, who recently starred in the Netflix movie Drive, has confirmed that she will be starring alongside John Abraham and Rakul Preet Singh in a film. But, she did not mention the film name. The actress has been rumoured to be starring in John’s next production Attack.

This would be the third time Jacqueline will be working with John Abraham. They have previously worked in Housefull 2 and Dishoom.

On the professional front, Jacqueline Fernandez will be seen next in yet another Netflix’s movie Mrs. Serial Killer. She will also be seen in Kick 2 opposite Salman Khan.