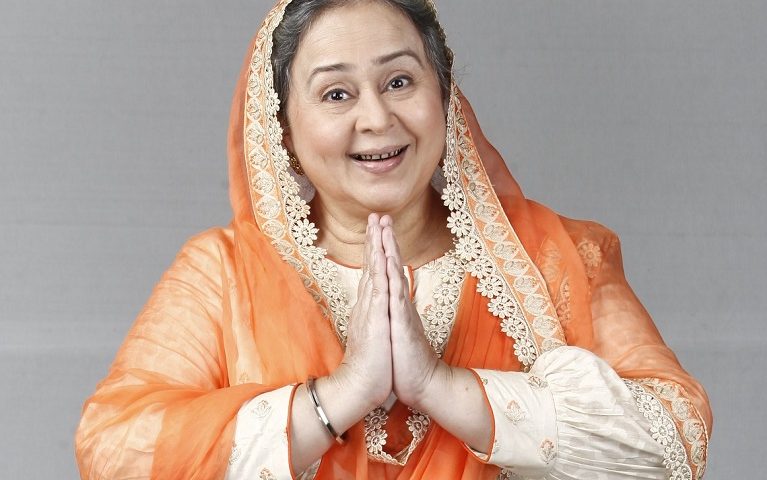 Veteran actress Farida Dadi is renowned for playing homely roles in a lot of shows and Bollywood films. Now that she is seen in SAB TV’s latest presentation, Icchapyaari Naagin, lets find out more about her role in the show.

Tell us about your character on Icchapyaari Naagin.

The name of my character is Kaushalya devi, the head of Pratap Family. She is a widow of a Pehelwan and after his death, she takes over the entire ‘Akhada’. It is a very special character. She has a son, three grandsons and one great-grandson. Kaushalya is a very strong headed woman who is ready to fight anything that comes her way, come what may. The Prataps all belong to a Pehelwan family, yet they don’t fit into the Pehelwan community. She is like a sultan of the family. The character is very fascinating and she keeps lifting a lathi (bamboo stick) every now and then if they do some mistake.

Why did you decide to take up this role?

As mentioned earlier, it was a strong character and something different. She runs the family single-handedly as well as runs an Akhada being a woman. It was very appealing and a unique character for me to portray. When I was given the brief about the characters of the show, I knew it would be fun working on the show. I have never seen such a character before in any of the shows. Playing a grandmother yet being the strongest character on the show is what I really liked about Kaushalya. Her style to carry the Pehelwan attitude is what I really liked portraying. It’s something that I have not done before.

How has been your experience working with the team of Icchapyaari Naagin?

We have one of the best teams. Satram Verma, our director is like the captain of the ship. His way of direction is so different that it spreads energy across the set. Everyone in the team is so friendly, we connect so easily with each other that the environment becomes very pleasant and lively. All the people from the production to actors, be it Iccha (Priyal Gor) or Bubble (Mishkat Verma), they are so adorable and fine actors, I have no words to describe them. Even the youngest actor in our team Appu (Saadhil Kapoor) has so much of respect for people around and shows no tantrums at all for his age. Siddhart is really lucky to get this team. The innocence of character and the depth of the show makes a lot of difference for an actor to work. Icchapyaari Naagin is a simple comedy show and I hope people love it.

We are seeing you on the small screen after a brief hiatus. What has kept you busy while you were away?

I have done some shows on television, after that, I was busy doing a film. After that, I went for a short vacation to America and Canada. When I came back I got the offer for Icchapyaari Naagin. Though I had 3 offers lined up I chose Icchapyaari Naagin and I am really happy that I took this decision. Working with such a great team and director is what keeps me happy.

I feel there too many myths and speaking of Icchapyaari Naagin, I’m sure it’s going to bust all the myths. But to answer your question, the myth I want to bust is that snakes are harmful. The fact here is that they will not attack you unless you threaten them or harm them. I firmly believe in this fact.