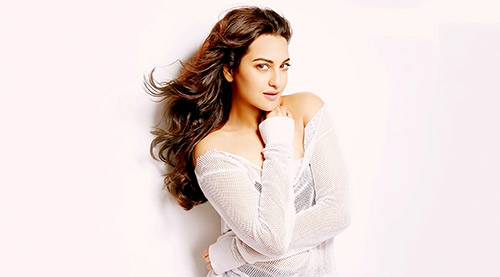 Is she or isn’t she? Is Sonakshi Sinha doing Apoorva Lakhia’s bio-pic on Dawood Ibrahim’s sister Haseena Parker?

The latest on that front is Sonakshi’s weight issues. Apparently, the role requires the actress to put on weight. This, Sonakshi can only do when she is freed of her other commitments. Right now she is neck-deep in completing Force 2 with John Abraham and Akira where she plays the hero.

The first schedule in February has been postponed, and questions are being raised about the project’s tenability. It is being said that Sonakshi who is a hardcore masala actress has developed cold feet about doing a realistic bio-pic on the life a controversial woman.

“Not true,” clarifies a source close to the project. “Sonakshi is very much on. She is doing Haseena. But her February dates got skewed because of her Force 2 co-star John Abraham’s injury. The action scenes with John which were supposed to be shot in October 2015 will be shot in February 2016 now. After that Sonakshi needs at least three months for the promotion of A R Murugadoss’ Akira in which she plays the hero. Haseena has therefore been pushed to the end of the year.”

Adds the source, “Sonakshi would have to put on weight for Haseena. She therefore needs to be freed of her other commitments before she plunges into it.”