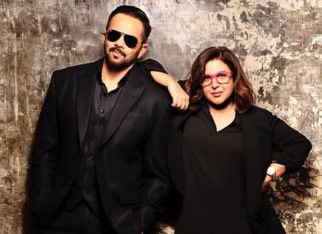 One of only a handful couple of chiefs who comprehend the beat of the group of spectators very well is Farah Khan. Her movies work dish India and crowds, regardless of whether tasteful or massy, go out in swarms to watch her movies. No big surprise that even her failing to meet expectations film Tees Maar Khan figured out how to procure Rs. 60 crore path in 2010 regardless of not all that good verbal. Her other three movies – Main Hoon Na, Om Shanti Om and Happy New Year – have been Super Hits and no big surprise that her next flick is anticipated eagerly. The experience expanded once it was reported that Rohit Shetty would deliver the film. He is additionally known for his massy films and thus the Farah Khan-Rohit Shetty organization was out and out an expert match made in paradise.

Since a couple of months, there have been theories that Farah’s next film is a revamp of 1982 performer Satte Pe Satta. The names of Hrithik Roshan, Deepika Padukone and Anushka Sharma have been hurled around as the main cast. Shakti Kapoor, who highlighted in the first, even expressed that he’ll like his child Siddhanth to venture into his shoes in the change.

At the fourth Big Cine Expo held in Mumbai today, Farah was the visitor of respect and she was congratulated for her commitment to film industry. Expectedly the inquiry in the brains of numerous media people here was whether Satte Pe Satta revamp is in the offing. The choreographer turned movie producer wouldn’t acknowledge or deny the reports with respect to whether her next directorial is the revamp of the Amitabh Bachchan–Hema Malini starrer. Be that as it may, in a select meeting to Bollywood Hungama, Farah stated, “At the present time I am preparing. So I am cheerful as I am occupied with music sittings and throwing. The press is clearly out of control with theoretical stories. However, I am happy to realize that they are so eager to think about my motion picture. I accept it as a major compliment yet we’ll declare it (the star cast, title and so on.) appropriately and authoritatively.” When asked when that would occur, she replied, “We’ll do it inside a month since Rohit Shetty is in Bulgaria (going for ‘Dread Factor: Khatron Ke Khiladi’. See you need to comprehend that we are TV stars (giggles)! Hamari date ke liye bhi rukna padta hai.”

After getting some information about the discharge plans, she said “The film will be out toward the part of the bargain.”