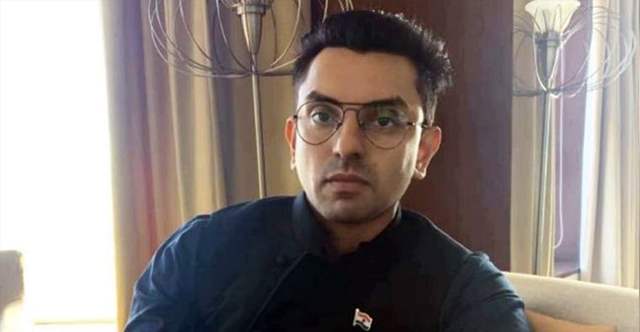 Another week, another elimination. After only a week of entering the house as a wild card contestant, Political analyst and entrepreneur Tehseen Poonawalla has been eliminated from the Bigg Boss 13 house. The civil rights activist, entered the house with much confidence and was anticipated to be a strong personality, however his journey in the house was short lived. Initially, he tried to make friends in the house, however later he seemed kind of lost amongst other housemates.

We got in touch with him and in an exclusive chat with us he spoke about his short term in Bigg Boss, fight with Asim, bond with Sidharth Shukla and much more.

How was your experience of entering the house as wild card and how many friends did you make?

The experience was fantastic and I had a wonderful journey and I enjoyed every bit of it. I think I became friends with everyone in the house.

You had a little fight with Asim Riaz in the house where you passed some comments about Kashmir and about Asim. What would you like to say on that?

I can’t recall it being a major issue. I think it was a trivial matter and media and people are unnecessarily hyping it. Just to make it clear, I did not speak about Kashmir or anything related to it. It was an argument, he said some things, I said some things but I did not use the word Kashmir and I don’t know why people are hyping it and making it an altogether different issue. We went back to laughing and enjoying after the fight, so I don’t understand why some people are making a mountain out of a molehill.

I’m just out because I had to come out, that’s it. My journey has ended now and that is it, the story is over. I’m very glad that I’m out, it is the right time to be out, there is no other reason but I had to come out.

You earlier said that you like Rashami, but when she entered again in the house we did not see you bonding or planning the game with her. Why so?

Firstly, I did not plan anything with anyone. Whenever any game plan or gossip was going on in the house, I used to stay away from that as I have no interest in such things. Secondly, I interacted a lot with Rashami, Arhaan and Devoleena and even Sid. We all enjoyed a lot and I was happy in the house. There was no situation where there was bitterness.

Before entering the house, you said that you will form a third group in the house. Why did it not happen?

Yes, I said that. Genuinely when I was inside the house I understood that there is no point of forming these groups because ultimately only one person will win the game.

How was Siddharth’s behavior in the house as he comes across as an aggressive person ?

He’s a wonderful guy, we used to share the bed in the house. He’s an interesting man and we had fun times with each other.