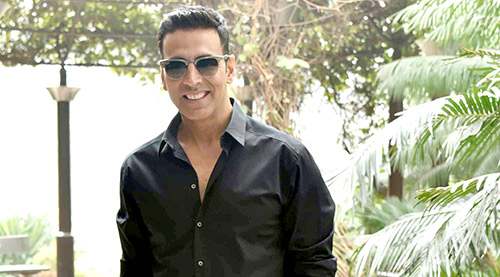 Akshay Kumar has been on a film signing spree. While the recently released trailer of Rustom has been creating waves, the actor has announced yet another film that he will be a part of.

Akshay Kumar will feature yet again in the Hindi remake of a South blockbuster. The film in question is the A R Murugadoss directorial Katthi which starred Vijay which has been retitled as Ikka in Hindi and will be directed by Murugadoss’ associate Jagan. Focusing on the current situation of the farmer suicides, the film will have Akshay in a double role, one of a thug and the other of a post graduate in Hydrology.

Earlier, Akshay Kumar has featured in remakes like Rowdy Rathore and Holiday, which are remakes of Telugu film Vikramarkudu and Tamil film Thuppaki respectively. Interestingly, this is also the second time Akshay Kumar will be replacing Vijay in a film (Thuppaki starred Vijay in the lead role).

Confirming about the same, Akshay revealed that he will start shooting for the remake of the South film after wrapping up the schedule of other films like Rustom, Robot 2.0 and Namastey England.