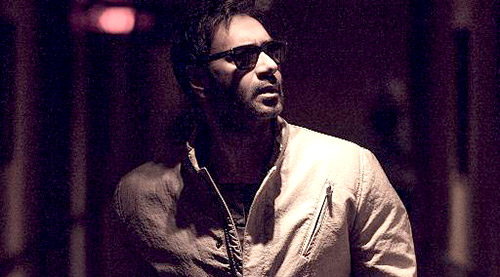 Whilst we already received a few glimpses of Ajay Devgn’s ambitious venture Shivaay, his other film with Milan Luthria, Baadshaho is gearing up for its first step. The film will kick start on January 15 with a song recording.

This particular date holds a special importance since Milan and Ajay Devgn launched their first collaboration, the film Kachche Dhaage on the same day. Baadshaho was announced almost a year ago but the film had to suffer delays due to few reasons and Milan had to rewrite the script. The film was supposed to go on floor before Shivaay but despite all the setbacks, now it is back on track. Thrilled with the news about the film, director Milan Luthria said, “This is an explosive idea, based loosely on true events that transpired during the Emergency. The action and music are rustic and set in Rajasthan. I am thrilled to collaborate with Bhushan and Ajay, but I don’t want to reveal too much about the film at the moment, except to say that like my other films it will be a blend of action, humour, emotion and one liners. Rajat Aroraa has written the script, and Bhushan and I plan to produce the film on a grand scale.”

The film is supposed to be inspired by a true incident involving a raid on a Royal family of Rajasthan, which had an enmity with the political leadership during the Emergency of 1975. Baadshaho which means friendship is reportedly a multi-starrer, but Milan and Bhushan refuse to comment on anything except that the film will release on Republic Day 2017.